Skip to content
Home
Dehradun
According to the instructions of the Chief Minister, the district administration is strict to stop illegal mining. 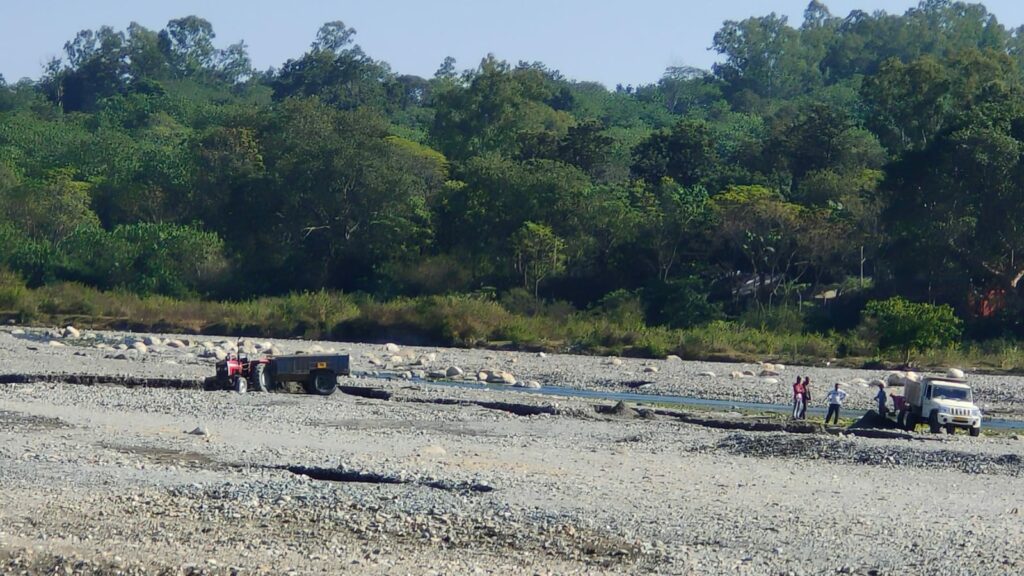 In Nawabgarh, 85 tonnes and three dumpers were found illegally mining without documents, which were confiscated. Similarly, 2 tractor trolleys transporting illegal mining material were seized in Naya village which were handed over to the police. Police have been instructed to take legal action by identifying the illegal warehousing. During this Tehsildar Vikasnagar, District Mines Officer and Naib Tehsildar were present.
The District Officer said that continuous action would be taken by raiding those doing illegal mining and storage in the district and in future also, continuous action would be taken against illegal mining, storage and illegal transportation.