Cabinet Minister and Chaubattakhal MLA Satpal Maharaj, during his visit to the assembly constituency on Sunday, also inaugurated several schemes, as well as ordered for on-the-spot inspection of roads. 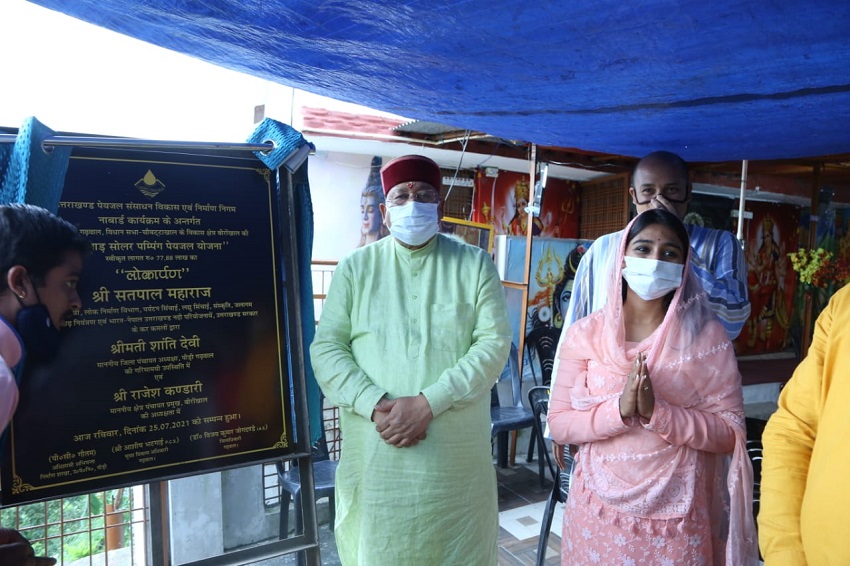 Along with the sports ground in Maithana, he also inaugurated Maithana-Duvlan motor road which cost 33 lakh 40 thousand, Lagal-Kota motor road constructed at a cost of 6 crore 96 lakh 26 thousand and Kailad solar pumping drinking water scheme worth 77 lakh 28 thousand. took. During the field visit, Lonvi Minister and Regional MLA Satpal Maharaj conducted on-site inspection of various roads of Public Works Department and PMGSY, while on the other he visited Loniv’s Rikhar-Dhobighat-Amkulau motor road and Maithana Ghat recently built by PMGSY. The officers were ordered to investigate the poor quality of Bawansa-Rasia Mahadev motor road and Timlikhal-Sindhar motorway.

Minister Satpal Maharaj also directed the officials of the Public Works Department and PMGSY for early payment of compensations pending for years for the land acquired at the time of construction of roads in various areas.
Cabinet Minister Maharaj has asked the officials to work under the mandate as well as take special care of quality in the construction of roads. He said that there would be no compromise on quality.