Chief Minister Pushkar Singh Dhami participated in the Uttarakhand Mahotsav program organized by Oh Radio at Survey Auditorium on the occasion of State Foundation Day. While felicitating those who made special contribution in various fields, he said that people working in the interest of society also work to connect the society. He also appreciated the efforts of those promoting their folk culture and folk art. The Chief Minister also sang Bedu Pako Baramasa folk song along with singers Narendra Singh Negi, Pritam Bharatwan and Nainath Rawat on the occasion. 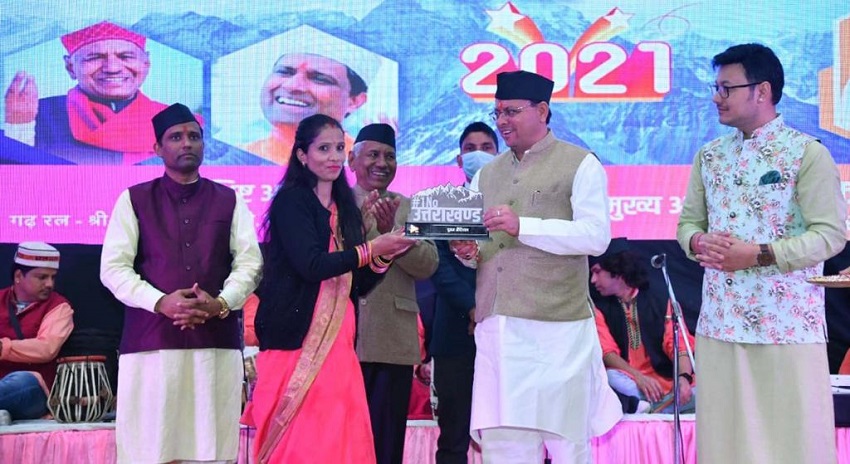 While congratulating everyone on the State Foundation Day, Chief Minister Pushkar Singh Dhami said that today is a special day for all of us. He has closely watched the state building movement in his childhood. Our people have paved the way for state-building by facing sticks, sticks and bullets.

The Chief Minister said that the way for development should be paved in the remote areas of the state, for this, the Central and State Governments are making continuous efforts. Special attention is being paid to the development of other infrastructure facilities including road, rail, air services. He said that whatever announcement they are making in the interest of the state, along with their mandates are also being issued so that the work is visible on the ground. He said that we have faced the recent calamity in the state better with the blessings and cooperation of the Prime Minister. 1.50 lakh pilgrims and tourists have been sent safely to their destination. On the instructions of the Prime Minister, 500 people of the state were taken to safer places by the three helicopters given by the army and the relief work was carried out rapidly.

Earlier, Chief Minister Pushkar Singh Dhami also participated in the State Foundation Day program organized by Parvatiya Bandhu Samaj Samiti Navodaya Nagar Haridwar at the Chief Minister’s residence and expected everyone to be cooperative to make Uttarakhand a leading and developed state of the country.