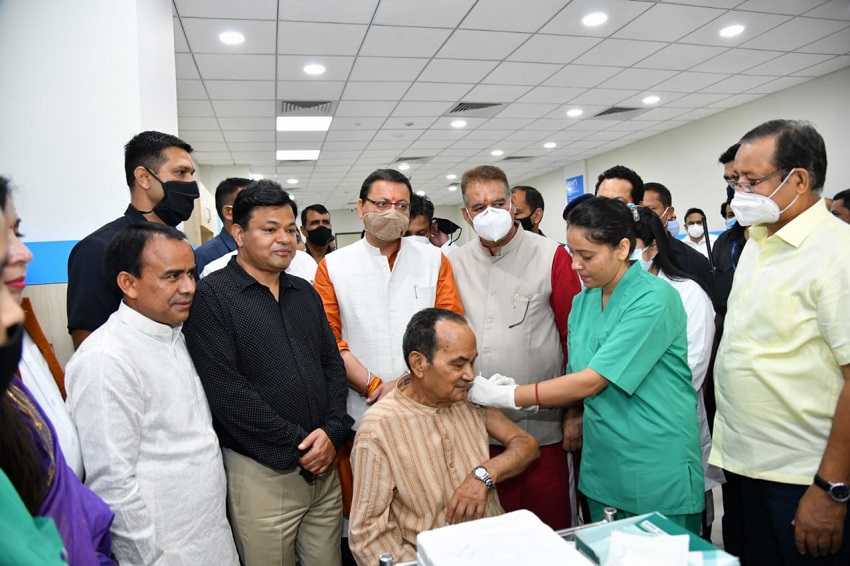 Two minutes silence was observed on the death of former Chief Minister of Uttar Pradesh Shri Kalyan Singh before the vaccination program started.

The Chief Minister said that vaccination camps have been organized in the remote areas of the state for mass vaccination in the state. The state government is also fully prepared for the possible third wave of Kovid. Continuous efforts are being made to further strengthen the health facilities in the state.