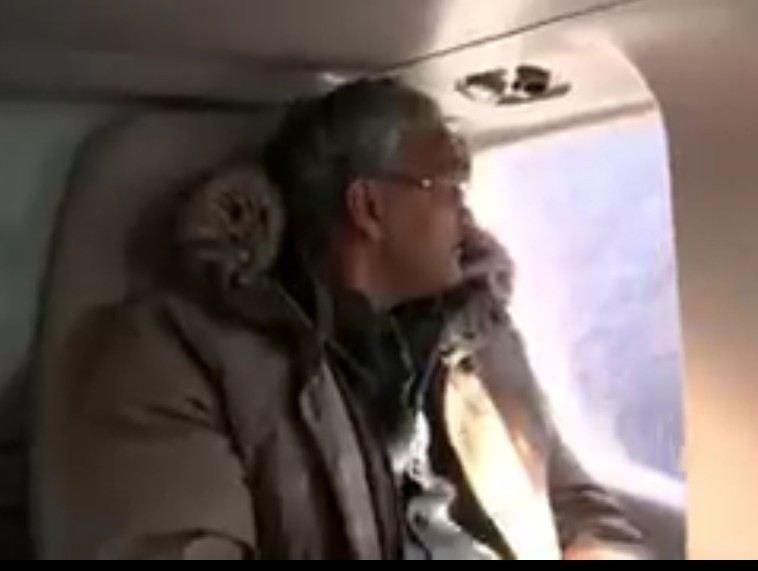 After the destruction of the glacier in Chamoli, the entire focus is now on relief work. The biggest difficulty is coming in the tunnel of Tapovan, where about 37 people are feared trapped. The tunnel is filled with mud, so there are many difficulties to go inside. But the rescue team is still engaged in the mission. Meanwhile, Uttarakhand CM Trivendra Singh Rawat conducted an aerial survey of the affected area.
Trivendra Singh Rawat is constantly monitoring the entire rescue mission. He reached the hospital today to meet the people injured in the Chamoli disaster, as well as Army and itbp jawans who were injured during the rescue, CM Trivendra went to the hospital and thanked him CM also inspected the place from where the disaster Started from.