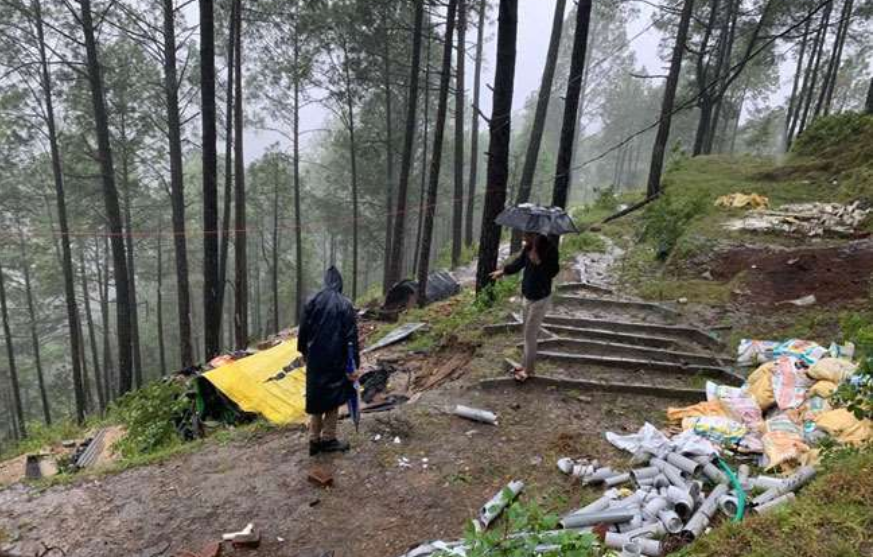 Four persons died due to incessant rains in Uttarakhand for the last 24 hours. Secretary Disaster Management SA Murugesan confirmed this. He said that 20 places in the state have received heavy rainfall. During this, three persons died while two were injured when the roof of a house collapsed under Lansdowne tehsil of Pauri district. A woman died in Champawat, while a man is buried and the rescue is on to retrieve him.
Three including a girl died after being buried in the rubble


In Jaiharikhal block of Pauri Garhwal, a girl child, including two Nepali women workers, died on the spot, while the other two were injured after being buried under the debris that fell due to heavy rains. Due to heavy rains, debris started falling from the hill near village Samkhal in the Lansdowne-Gumkhal motor road of the block. The laborers working near the incident site were living in a hut 100 meters below the road. Samkhal, Sapna (40) wife Lyngda and Alisa (four years) daughter Sapna, who lived in the hut, died on the spot due to debris falling on the hut. At the same time, Nijaz’s son Mumtaz (55) Hal resident Samkhal and Saviya (16) daughter Niyaz were injured.
On information, Inspector Santosh Singh Kunwar, in-charge of Kotwali from Lansdowne and Revenue Inspector Vandana Tamta reached the spot and got involved in relief work. The injured were admitted to the primary health center Jaiharikhal from 108 emergency services for treatment. After first aid, the injured were referred to Kotdwar. Inspector-in-charge of Kotwali Santosh Singh Kunwar told that all the laborers were working in a hotel under construction in Samkhal. On Monday, the laborers were in their hut due to heavy rain. The laborers managed to get out from the debris that fell due to heavy rains, but the woman and the innocent died due to being buried inside the debris.