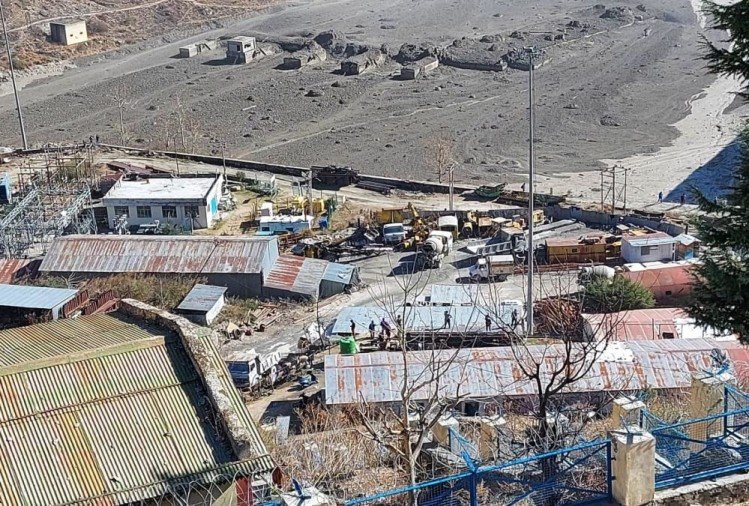 In view of the information received from the disaster control room and the information from the disaster control room, the Inspector Kotwali Rishikesh has given the people from the Rishikesh Triveni Ghat complex and other ghats along the river, in view of the information received from the disaster control room, due to the glacier burst due to flooding of Rishiganga river. The alert is being evacuated immediately through loudspeakers. Alert: The Rishiganga project in Rini village of Chamoli is prone to damage due to heavy rains and sudden water. Due to the inundation of the river, there is a possibility of flooding in the lower areas of Alaknanda. People have been alerted in coastal areas. People settled along the river are being removed from the area.
The flow of river Bhagirathi has been stopped for precaution. In order to prevent the flow of water of Alaknanda, GVK Dam in Srinagar and Virbhadra Dam of Rishikesh have been evacuated.

SDRF is on alert. I beg you not to pay any heed to the rumors. Pay attention to official authentic information only. I myself am leaving for the spot. If you are stuck in the affected area and need any kind of help, please contact the disaster operation center number 9557444486 and CM helpline number 1905. Please do not spread rumors from old videos about the incident. Chief Minister Trivendra Singh Rawat received full information from Secretary Disaster Management and DM Chamoli on the occurrence of glacier breakage ahead of Joshimath. The Chief Minister is constantly monitoring the entire situation. All the districts concerned have been alerted. Officers and employees of Chamoli District Administration, SDRF have reached the spot. People are being appealed not to go to the banks of river Ganga, Chief Minister Trivendra Singh Rawat left for Joshimath. Along with Commissioner Garhwal Mr. Ravinath Raman and DIG Garhwal Neeru Garg.