Skip to content
Home
Dehradun
On Monday, representatives of farmers’ organizations from across the state met Chief Minister Pushkar Singh Dhami at the camp office.

During this, representatives of farmers’ organizations expressed their gratitude to Prime Minister Narendra Modi ji through the Chief Minister for the decision taken by the Central Government on agriculture law. 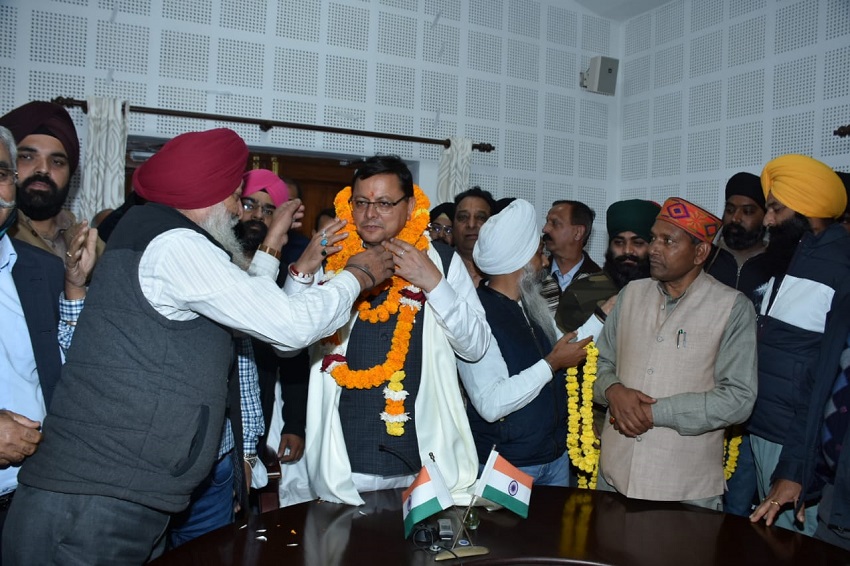 During this, Chief Minister Pushkar Singh Dhami said that the Central Government and the State Government are continuously working in the interest of the farmers. The country is achieving new records under the leadership of Prime Minister Narendra Modi, the country’s respect has increased across the world in the form of a powerful India. The Chief Minister said that under the able leadership of the Prime Minister, work of one lakh crore schemes is going on in Uttarakhand including construction of ropeway at Hemkund Sahib, All Weather Road.
Representatives of all farmers’ organizations were present during this.