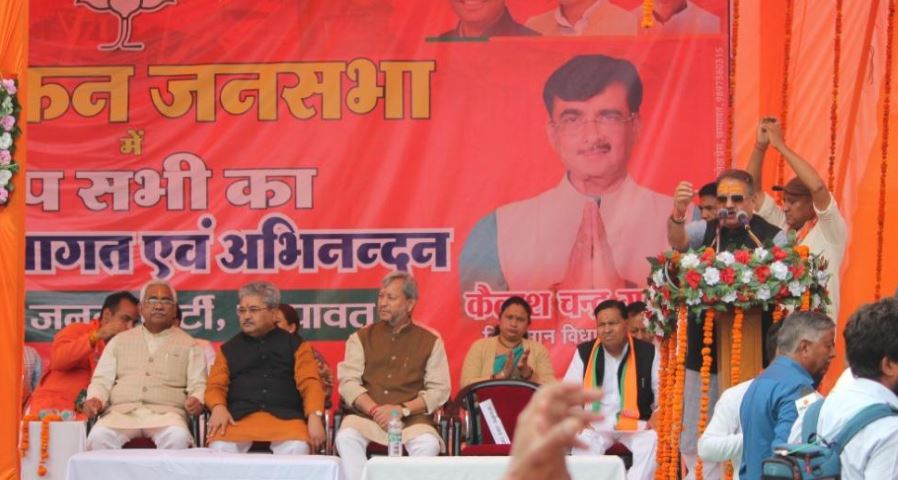 Agriculture Minister Ganesh Joshi said that the people of Champawat are going to choose the Chief Minister and not the MLA today. He said that I had told Pushkar Singh Dhami to contest from Mussoorie, but he chose the holy land of Golu Devta, it is the affection of the great people of Champawat.
The minister said that this election is for the development of Uttarakhand. The minister also spoke about the ongoing schemes in the state through military welfare and agriculture in his address.