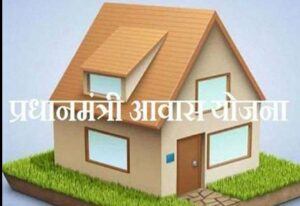 In this episode, the Cabinet approved the Uttarakhand Housing Policy (Amendment) Rules-2020. In addition to providing relief to the builders, the screws have also been tightened. At the same time, a committee will also be formed to resolve disputes related to housing. Apart from this, in the event of not getting the beneficiary, the selection has also been allowed from areas outside the authorities.

Under the Pradhan Mantri Awas Yojana (Urban), there is a target of providing housing to 40 thousand persons in the state, but so far only 14 thousand houses have been approved. Meanwhile, this plan was not catching pace due to other reasons including Corona crisis, non-conversion of agricultural land. With this in view, the Cabinet has approved the proposal to amend the housing policy manual. The rules make it clear that private builders have been given exemption in EWS housing projects to be constructed on private land, that they will be able to hold 15 per cent salable land as a guarantee of mortgage against the fixed land for construction of EWS houses. It will be held hostage till the beneficiaries are provided possession and the builder will bear the expenditure on it. However, in such projects to be constructed on government land, it will be mandatory to deposit 10 percent of the cost of EWS houses in the form of bank guarantee in favor of the authority, Housing Development Council or Municipal body. Earlier, in case of private and government land projects, 10 percent bank guarantee was mandatory.

As per the rules, the mortgaged land will be mortgaged within one month after providing certified evidence of possession, registry etc. in favor of the beneficiaries of EWS housing. In the cases of government land, the amount of bank guarantee will be refunded upon receipt of Certificate of Work. It has also been provided that if private builders have constructed government land in a canceled plan, then any government grant is taken in it, then it will be recovered under the sections of RERA Act. Also the constructions that have taken place will be confiscated.
According to the rules, houses will be built and sold by private builders themselves. Selection of beneficiaries for housing allocation will be done under the provisions of PM Housing Scheme in collaboration and monitoring of the certified list of beneficiaries from the Urban Development Department, District Development Authority, Local Development Authority, Housing Development Council and Municipal Body. If beneficiaries are not found in the jurisdiction of the authorities for any reason, then beneficiaries can also be selected from outside the authority’s area.

Committee to resolve complaints:
A committee will be set up under the chairmanship of the District Level Development Authority and the Chairman of the Local Development Authority to address the difficulties faced in monitoring and implementation of housing schemes, problems of builders and complaints of beneficiaries. It will consist of the builder or his representative, the representative of the concerned authority, three allottees and the buyer. Similarly, committees will be formed under the chairmanship of the chairman of the council in the Housing Development Council and the director of urban development in the municipal bodies or its nominated officer.

Relief given in FAR also:
Relief has also been given in FAR (floor area ratio) under group housing in the manual. Earlier, FAR had 35 percent EWS and 10 percent LIG (ground and three floors) building was mandatory. LMIG, MIG and HIG buildings could be built in the remaining FAR. Now under the new provision, EWS can be constructed in 35 percent of the FAR and other buildings in the remaining. The current rate of housing cost in EWS has been kept at Rs six lakh per house.