Dehradun: On Sunday, Chief Minister Pushkar Singh Dhami said in the Panchjanya Samvad program at the Chief Minister’s residence that the state government is determined to make Uttarakhand the leading state of the country by 2025. On 05 November 2021, Prime Minister Narendra Modi said on the land of Shri Kedarnath that this decade will be the decade of Uttarakhand. Every effort is being made by the state government for the overall development of Uttarakhand. The state is also getting full cooperation from the central government in every field. Chardham Yatra is about to start in the state, this year lakhs of devotees are expected to visit Chardham Yatra. The number of devotees who have come to Uttarakhand so far, many times more devotees will come to Devbhoomi Uttarakhand in 10 years. 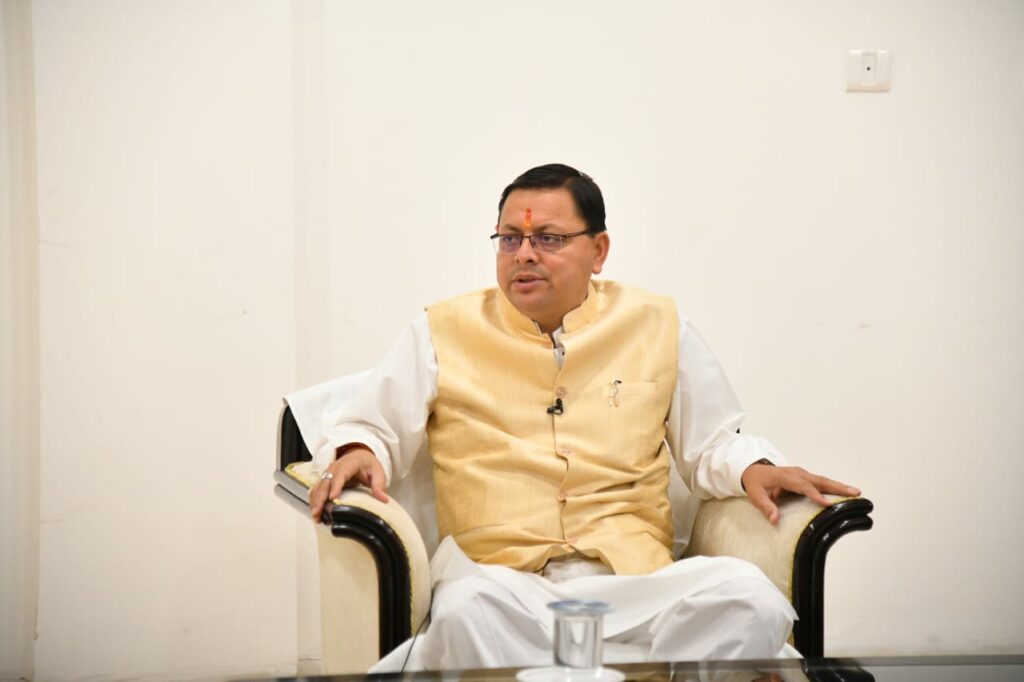 The Chief Minister said that we have taken an important step towards fulfilling our promise made before the elections regarding the implementation of Uniform Civil Code in the state. In the first cabinet meeting of the government, it was decided that a committee of experts would be formed for the implementation of Uniform Civil Code in the state. A committee of jurists, retired judges, enlightened people of the society and other stakeholders will be constituted which will prepare the draft of Uniform Civil Code for the state of Uttarakhand. The elements could not enter the state. For this, he has given instructions to conduct verification campaign of citizens on a wide scale across the state.

Chief Minister Dhami said that employment and self-employment are being promoted in the state. Every effort is being made by the government for the youth of the mountain and the water of the mountain to be useful for the mountain. Recruitment processes are going on fast in the government sector in the state and people are also being motivated for self-employment. To promote self-employment, many schemes are being run by the government. Devbhoomi Uttarakhand is the center of religion and spirituality. Along with this, tourism is being promoted in the state. The natural beauty of Devbhoomi attracts tourists to come here. The Chief Minister said that Uttarakhand is also a strategically important state. Several initiatives have been taken to prevent migration and to provide facilities from villages adjoining the International Border.