Skip to content
Home
Dehradun
The Chief Minister directed to study the measures taken at other places to prevent human-wildlife conflict.

While addressing the program organized on the occasion of International Tiger Day at the Chief Minister’s Camp Office on Thursday, Chief Minister Shri Pushkar Singh Dhami said that the presence of tiger in Uttarakhand from Terai region to higher Himalayan regions is the result of active participation of local residents in tiger conservation. He said that the presence of 442 tigers in the state in the year 2018 as compared to 178 in the year 2006 also shows the participation being played by the residents of the state in tiger conservation. 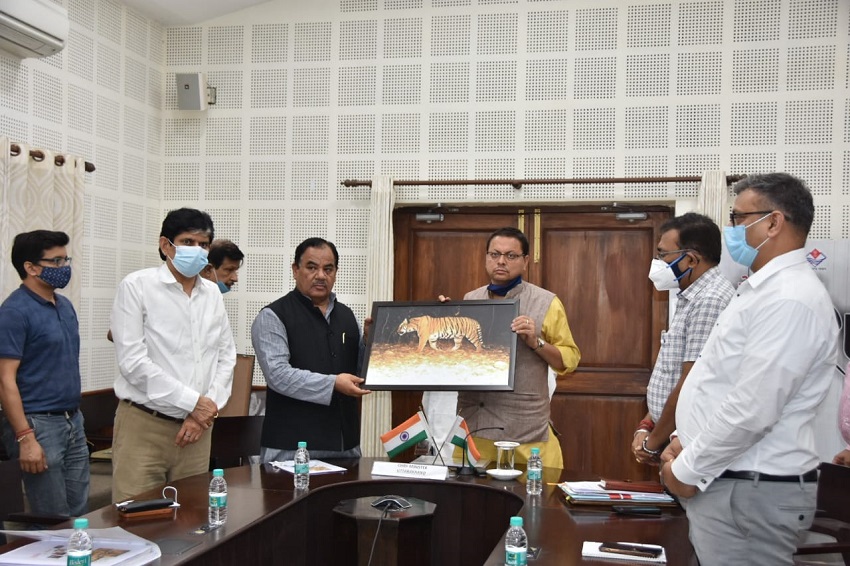 The Chief Minister also expected to study the arrangements and measures being taken by other states to reduce human-wildlife conflict in the state so that it could help in preventing human-wildlife conflict in the state. On this occasion, the Chief Minister also unveiled the picture of the first male tiger of Uttarakhand which was re-introduced from Corbett to Rajaji. The Chief Minister described the increase in the number of tigers in the state and also described tiger safari as pleasant for tourism. The movement of tourists in these areas will also strengthen the economy of the state.


On this occasion, Forest Minister Dr. Harak Singh Rawat said that tiger density in Terai-Bhabar region of Uttarakhand is highest in the country. He informed that apart from Terai-Bhabar, the presence of tigers in the state, their camera traps have been done in the high Himalayan region, Kedarnath and Askot Wildlife Sanctuaries. It is also an indication of the increase in the habitat of tigers. The Forest Minister said that the food chain at the higher level of wildlife in the ecosystem is a sign of the strength of the lower level food level. He said that Tiger Safari Pakhro will also give a boost to the economy.