Skip to content
Home
News
The jugalbandi of Pushkar Singh Dhami and Yogi Adityanath is coming to Uttarakhand, but the feeling of defeat is felt in the Congress 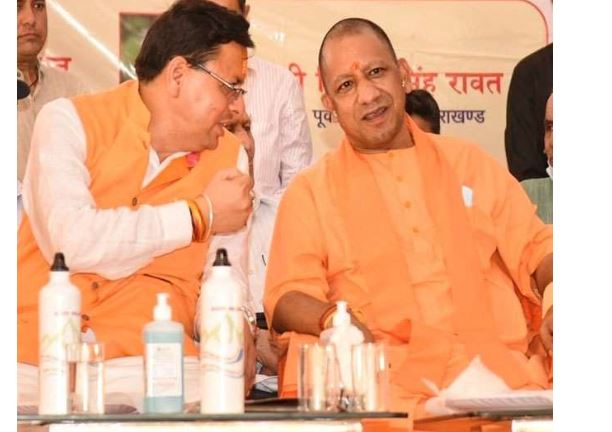 Uttarakhand is liking the jugalbandi of elder brother and younger brother. Right after 21 years of becoming a separate state, Uttarakhand is getting its due from Uttar Pradesh. Recently, Uttar Pradesh Chief Minister Yogi Adityanath came to Uttarakhand on a three-day stay. Yogi is originally from Uttarakhand. Stayed for two days in his Panchur village in Pauri district and then handed over the Hotel Alaknanda to Uttarakhand in connection with the transfer of assets in Haridwar.
During this stay he and the Chief Minister of Uttarakhand Pushkar Singh Dhami got the epithet of elder brother, younger brother. If the BJP has described getting rights on assets as an achievement, then how could the Congress remain silent. Raised questions on this too. By the way, Congress’s tightness was felt more in this. Years ago, Uttar Pradesh had bid farewell to power, now it seems to be happening in Uttarakhand as well.


Now everyone’s eyes are on Champawat’s election:
The ground has been decorated for the by-election of Champawat assembly seat. When Chief Minister Pushkar Singh Dhami lost the assembly elections, Kailash Gahatodi vacated the seat for him. On the other hand, the Congress claimed loudly that Chief Minister Dhami would not be given a walkover at all, but the candidate of the recent assembly elections, Hemesh Kharkwal, did not show any interest in contesting again within three months.
Meanwhile, some alleged well-wishers of former Chief Minister Harish Rawat suggested that only former Chief Minister Rawat can give a fight to the Chief Minister. Some BJP workers also did not lag behind in challenging Rawat. It is a different matter that political stalwarts like Rawat did not pay any ear to this. Congress has now played bets on Nirmala Gehtodi as the new face. Now everyone’s eyes are on whether the election contest will be close or one-sided.

Your father is also a slain of time:
Former Chief Minister Harish Rawat is one of the few politicians in Uttarakhand who use internet media to attack rivals, but this time the son has targeted the father. Harish Rawat’s son Anand Rawat, in his internet media post, took a jibe at politicians for being busy in expressing birthday wishes and condolences, not even sparing his father.
Anand spoke about the skill development and employment of the youth and also raised the question that who will do all this. Referring to the names of many leaders, including his father, he took a dig that their internet media posts would only be related to congratulatory and condolence messages, but would get nothing on the thinking of the state. The answer that came from Harish Rawat is also interesting, your father is also a slain of time.

You started liking them now:
Uttarakhand Congress Vice President Jot Singh Bisht said goodbye to Congress. The reason given by Bisht, who held high positions in the party organization and contested the assembly elections, was that the leaders did not take lessons even after such a bad defeat. It is true, but a few hours after leaving the Congress, Netaji reached Delhi and joined the Aam Aadmi Party along with his son.

In the recent elections, Congress fielded candidates on all 70 seats and won 19. AAP tried its strength in all the 70 seats, but failed to get a single seat. Despite this, if a Congress leader took refuge in AAP, then it can be understood how uncertain the party leaders are about the future of Congress. They don’t see future in Congress and AAP has started seeing its option.