Better use of technology in travel management.

The Chief Minister gave instructions while reviewing the preparations for Chardham Yatra.

Chief Minister Pushkar Singh Dhami has said that through the Char Dham Yatra, the message of Atithi Devo Bhava: should be sent to the country and abroad. This time a large number of devotees are expected to come. The preparations for Char Dham Yatra should be ensured accordingly. The Chief Minister was reviewing the preparations for the Chardham Yatra 2022 at the Secretariat. He directed to ensure proper arrangements to make the yatra more and more convenient for the devotees. 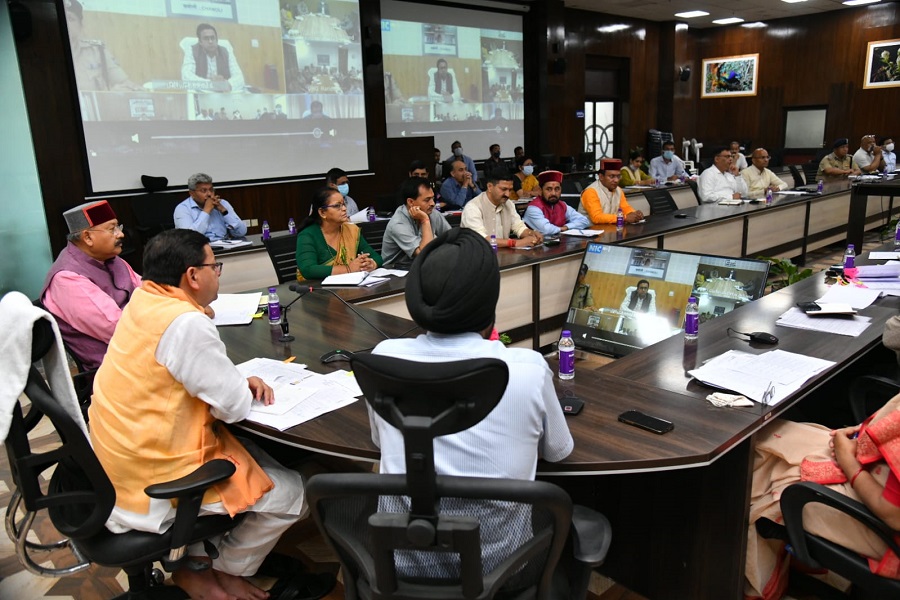 The Chief Minister asked the Principal Secretary, Public Works Department to conduct on-site inspection of the travel routes and ensure all necessary improvement work before the commencement of the Yatra. Along with this, the concerned district magistrates were also instructed to continuously monitor the progress of works on the travel routes. In the event of road blockade, necessary machines should be arranged and deployed to open them immediately. For tracking of JCB machines, they should be connected with GPS. There should be no debris or garbage anywhere on the roads related to the travel route. Special attention should be paid to waste disposal.

The Chief Minister directed that the fitness of buses and taxis plying on the yatra routes should be ensured. Training should be given to the policemen to be deployed on the Yatra route. It should be ensured that the passengers and devotees are treated politely while following the rules. Once the vehicles are checked at the entry point, passengers should not be disturbed by checking them again and again. Water ATMs/Water machines should be installed at various places for quality drinking water.
The Chief Minister said that doctors should be deployed as per the requirement. Air ambulance should also be arranged. Along with fixation of rate list on the travel route, regular checking campaign should be conducted to check adulteration. Before the commencement of the Yatra, 24 hours electricity supply in Badrinath, Kedarnath, Gangotri, Yamunotri and Hemkund Sahib along with proper lighting on the Yatra routes should be ensured. Better communication system should be ensured on the travel route.
The Chief Minister said that the Chardham Yatra should be widely publicized through various means. Precautions and other important information to be taken during Char Dham Yatra should be disseminated. Along with the Char Dham, information should also be given about other religious places and tourist places.